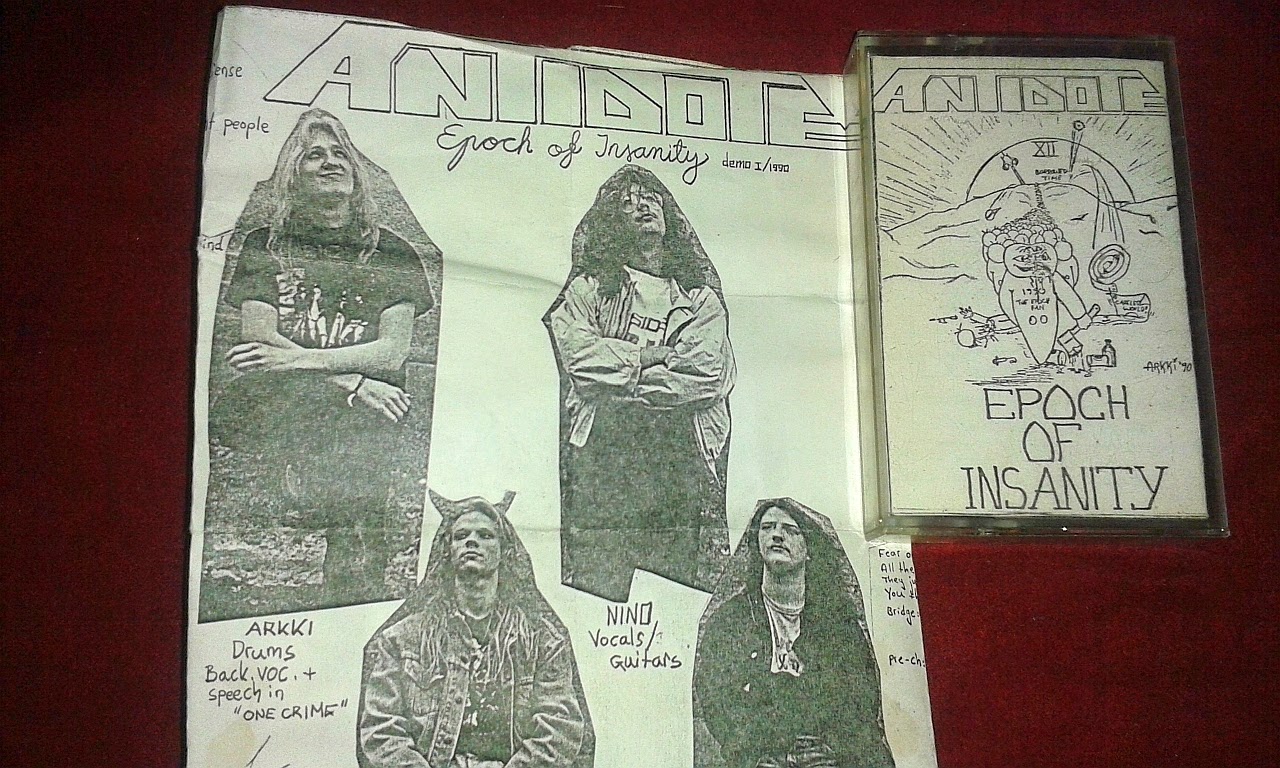 Time for more ancient stuff with some strange connections to a few bit more well known bands. Here's  Antidote from Vantaa, Finland. The band featured future members of Impaled Nazarene and Thunderstone and this demo tape was recorded at the infamous TTT Studio by Timo Tolkki (probably best known for his work with Stratovarius) in May 1990. Antidote made two demo tapes before they got signed and made three albums between 1992 and 1996 before splitting up. This is their first demo - or at least the first demo that's mentioned in the Encyclopaedia Metallum database. A solid demo it is. What should I say about all this then? Well, there's four good speed/thrash metal songs, the band plays well, the production is decent enough. There's some additional keyboards here & there but it's basically guitars, guitars and more guitars. As it should be. This is definitely above the average stuff for a demo from 1990 and it surely is well worth a listen even today. So check it out...